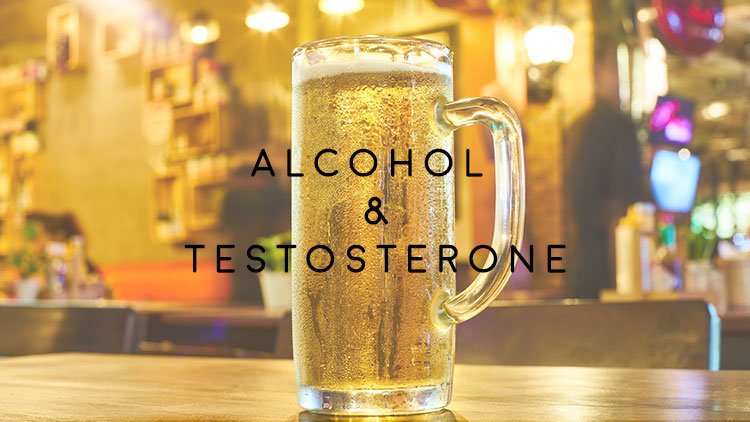 This post is going to explore the link between alcohol and testosterone. Alcohol causes many health problems including sex ones. The first thing to know is what happens when you drink alcohol. Next, this post will show 5 impacts that alcohol has and how this affect testosterone. If you were not sure, this post should convince you to keep your drinking under control. This is mostly true if you value your sex life as a man. I have tried very hard to find the other side of the medal where alcohol may have benefits. But I could not find any! Most people drink alcohol to relax and have fun but I assure you that there are healthier options to relax out there!

How does Alcohol react in the Body?

For one thing, heavy alcohol drinking is a serious concern for men. As per research, men are more prone to heavy drinking as compared to women. Men and women process alcohol in different ways. Since the normal man weighs more than the normal woman, men have more tissues to absorb alcohol. Around 33% of alcohol gets into the blood through the stomach lining. The rest mixes directly into the blood. An excess of alcohol intake boosts the BAL (Blood Alcohol Level).  A sip of beer, wine or whiskey is likely to stay in the body system for about 2 hours. It touches down every organ and system in the body after it enters the bloodstream. This impacts both testosterone and the luteinizing hormone. 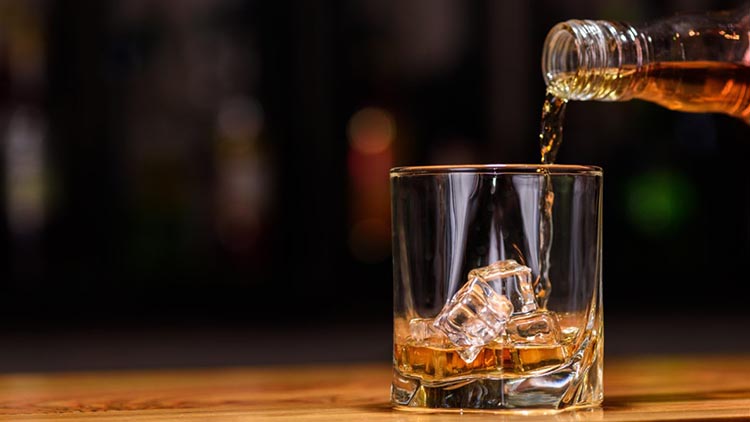 Alcohol and Testosterone: 5 Impacts of Alcohol on men

Alcohol drinking impacts the body in many ways. It may start with a small hangover. Soon, alcohol leads to more serious health issues. Examples are liver damage, kidney failure, cardiac issues, etc. Alcohol can also cause sex problems for men. In fact, the habit of alcohol in men leads to a chronic case of low testosterone count. This leads to low sex drive, erectile problems, less stamina, etc. Below are the main ways by which alcohol impairs testosterone growth.

More alcohol drinking lowers the amount of a certain coenzyme present in the liver and testes. The coenzyme NAD+ declines when the body process the ethanol found in alcohol. NAD+ is a key compound used in the electron donor procedure. This drives testosterone production. A decline in it, in turn, lowers the testosterone count. This is one way that alcohol and testosterone do not mix well.

Drinking of alcohol over time boosts the estrogen count in the male body. Estrogen is mostly a female sex hormone. Testosterone often converts to estrogen among chronic drinkers. For instance, beer contains the chemicals phytoestrogen and prolactin. This boosts the estrogen and lowers the testosterone count in men. As per research, the hops and barley contain these chemicals. They are mostly used in brewing beer. Heavy beer drinking adds to the calories and boosts weight gain. This tends to produce more estrogen in the male body. Again, alcohol and testosterone do not get along very well.

3. Causes the release of beta-opioid endorphins

Here is another way that alcohol and testosterone is a bad mix. Alcohol causes the brain to release beta-opioid endorphins that bear morphine-like effect. The normal purpose of these endorphins is to help to endure pain. This has both relaxing and depressing effect. And, this endorphins release lowers the testosterone levels.

Alcohol drinking impacts the quality of sleep. Getting proper sleep is therefore important. Sleep has a restorative function which stabilizes the testosterone count in men. When a body is fully rested there are higher chances of waking up with a morning erection or a surge in the libido. When a body is in a deep sleep, it is likely that it phase into rapid eye movement of sleep (REM). It is during the REM phase that the testosterone production reaches its peak. In this phase, there is a trigger in the endocrine system. This, in turn, tells the Leydig cells to start the production of testosterone. Alcohol, however, reduces the REM which is vital for testosterone production. 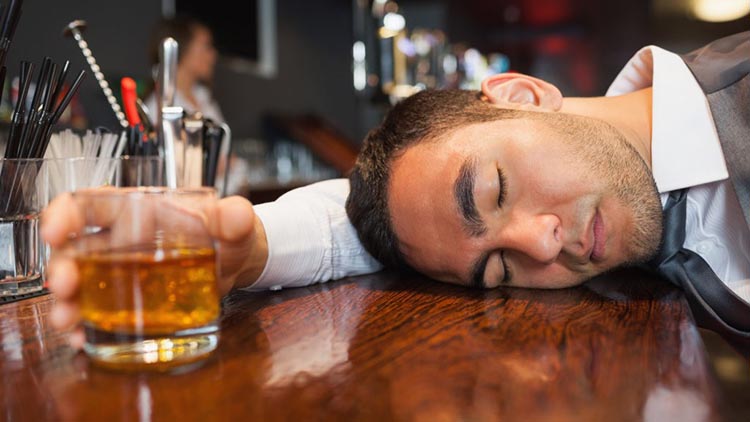 Alcohol is a depressant and its drinking slows down the body processes. Alcohol suppresses inhibitions, sexual activity, and sexual physiology. Poor testosterone production is one key problem. Alcohol also lowers the ejaculation latency and masturbatory quality. Also, avoid beer because of the presence of Aromatase enzyme. This prompts gynecomastia, better known as male breast enlargement. Quitting alcohol bears an impact both physically and mentally. Regular alcohol drinking lowers sexual pleasure. So it gets hard to reach an orgasm.

Sudden stopping of alcohol may prompt withdrawal symptoms. Hence it’s best to first stop regular drinking and take up average drinking. Limit the alcohol drinking to two drinks once or twice a week.

Alcohol interferes with the pituitary gland and the hypothalamus. This lowers the energy levels in the body. The brain is the body’s biggest sex organ. Alcohol shuts down the processes of the brain and makes the body less impulsive and more anxious. When one gives up on alcohol, it has health benefits on the whole body. Testosterone is the most critical hormone in men which has many effects. So, it is very key to avoid alcohol drinking to boost the testosterone. Also, have a diet to boost your sexual health. With the right kind mental control, you can beat the temptation of alcohol.