I’m thrilled, proud, and humbled by your massive action taking and take no prisoners desire to become the best man you can possibly be.

First…in person in my own home city of Montreal Quebec where I helped over 2 dozen guys master their manhood.

Then…through the interwebz with my best selling digital course Juicing For Your Manhood, which you are now fortunate enough to own…

Aren’t you a lucky duck B-)

And all I can say is…

Because you’re about to set off a nuclear bomb of positive reactions inside of your masculinity that are going to make you a force to be reckoned with.

No matter where you are in your life now…

You’re about to do a total 180 in your personal and I’m thrilled and proud to be a part of it.

Now, since you’re on the inside here with the true beasts of the manly realms…

I want to give you an opportunity.

But I have to warn you…

This is definitely NOT for the faint of heart.

This is not one of those “feel good,” namby-pamby, kumbaya kind of opportunities that most male health coaches give you.

In fact…right now, I want you to imagine that you’re Luke Skywalker right at the end of The Empire Strikes Back…

Like a Dark Lord of the Sith that cuts off your member and tosses it down an elevator shaft…never to be found again.

The forces that pull you away from your core masculinity, that weaken you and kill the manly beast you have sleeping inside are stronger than you know…

And I also know that environment beats resolve…every, single, time.

You simply can’t win against a modern world and lifestyle that’s designed to work against you.

That’s why in your darkest moment, when you feel like you’ve been beaten…

I want to offer a life preserver.

“Join me and together…we’ll rule the galaxy.”

But instead…join me and together…we’ll rule your man destiny and we’ll revive the flames that once burned in your masculine furnace and unleash the hell that lives inside.

So I want to give you this one shot.

This one opportunity to join me inside of my private Facebook Group called “The Masters of Manhood.”

It’s a special, insiders only group of dudes from all over the world with me at the helm…

Our mission is simple…

We are going to make YOU the fiercest, most dominant, most powerful being that you personally know.

I’m going to be able to personally critique your daily ritual.

I’m going to be able to surgically open up your life and see inside…see all the little nooks and crannies of your daily routine that are stealing your man prowess and shriveling your manly potential.

Because it’s our rituals that make us who we are…

Heck…it’s not even drinking a few glasses of energy amplifying juice that are going to give you the power to completely rebuild your life.

And in it’s place build a glowing monument of powerful masculinity that women stand in awe of and other men admire.

It’s your rituals, your habits, and your life that make you this kind of man.

And I am not alone in this, You are going to have access to experts giving you tips to improve yourself in different facets of your life.

Here are the Masters of Manhood coaches:

Tom Talbot is an expert in helping men alter their psychological hardware to take conscious control of their emotions. He's passionate about helping men build themselves into the dominant animals women really want (even if they say they like sweet, gentle men).

He enjoys pushing boundaries, challenging prevailing thought, and helping men use their emotions to make themselves stronger, more masculine, and more successful.

Known worldwide as one of the industry's leading body transformation experts and best-selling Author, Mauricio has committed himself to helping people achieve amazing bodies without sacrificing tasty foods and their sanity. His articles have been featured in several popular websites and his top clients often rave about how obsessed he is with getting them amazing results.

He enjoys working for days non-stop, challenging himself and those around him, and teaching people his secrets on how to look good naked.

Dan Santiago is a personal, dating and relationship coach, a musician, an NLP master practitioner and an Oral Surgeon based in Santiago, Chile. Once fat and married, became jacked and divorced and he's here to teach all the do's and don'ts for men of any age to have the women, the relationship and the lifestyle they truly want.

Patrik Karlsson, author of the book Awaken The Beast Within, is known as "The Honest International Kaizen Coach"

Patrik Karlsson is often asked, "What do you do?" He never wavers: " I liberate men from the shackles of society". Patrik has worked with the best coaches in America. He is known for learning from multiple big shots in the coaching industry and New York Times bestsellers. Patrik Karlsson is quickly becoming the most sought-after coach in lifestyle and happiness.

I have developed a new passion for juicing and have done a lot of experiments with juicing and more particularly with foods possessing healing properties. It is my belief that it is your right to take back your power and spread pleasure all around the place. So have fun, enjoy your juicing and your journey to learn how to mix fruits and vegetable to increase your virility. My mission is to teach men to reinvigorate their lives using the power of juicing.

I mean, let’s be honest…

But you may have been part of other Facebook groups in the past.

Or get back their confidence…

Or become a better man, make more money, get more women, get promoted, and just love their lives a whole lot more at any age.

Not really serious about making their lives better, not really interested in providing any value or being held accountable.

Meanwhile you’re thinking to yourself “of course your boss mistreats you…you’re a weak-dicked schmoe with no self-respect who spends all of his time on Facebook complaining instead of investing in himself and taking action.”

Well…we don’t let those types in and we don’t surround ourselves with losers inside the Masters of Manhood.

Only the best of the best are allowed to join and I keep it clean and pristine by reserving the power to cut off all men who bring toxic, value-sucking, toe shriveling drama to our tribe.

And without an appeal process.

I refund their money including any months they’ve been in the group and I ban them from entrance ever again.

To the wastelands…never to be heard or seen again.

That’s the only way I can make sure that this group is as valuable for YOU as it is for all the other men that are fortunate enough to be a part of it.

Now…When you decide to join the group, the first month is ONLY $1

then after the first month, you will be charged $9/month to be part of the group.

Paltry really when you consider how it all but guarantees you’ll actually meet your potential and become the man we both know you were meant to be.

And considering that I’m in there literally every, single, day reading your posts…

Critiquing your rituals and giving you personal feedback on your progress…

So here’s what you need to do right now…

But let me ask you a question…

Where has that ever gotten you?

What has that ever profited you except for creating procrastination and uncertainty?

You and I both know that all that does is lead you in circles and keep you from being the positive, powerful, and dominant force that we both know you can be.

So I’m going to remove all the risk for you.

Click on the button below that says “join today” and try the group out for 2 full months risk free. 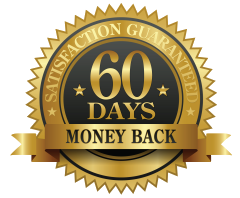 Every month after the first month, you’ll get a charge on your credit card from my payment processor Clickbank for the monthly fee.

I’ll refund every penny you’ve paid inside of that 60 days period.

You get the results I promise or you don’t pay a thin dime to be a part of this life-changing crowd.

then, only if you decide to stay, you will be billed $9/month for your subscription.

Click the button, enter your payment details, and let’s dominate this thing together.